“Give someone a book, they’ll read for a day.
Teach someone to write a book,
they’ll experience a lifetime of paralyzing self-doubt.”

That profound statement about writing first appeared in the form of a tweet from Lauren DeStefano, a young writer who is wise beyond her years.

Don’t let it throw you. Most people are haunted by self-doubt, but I definitely think writers and other creative souls have a lot less confidence than your average air traffic controller.

Writers, be they pros or just starting out, need encouragement and the reassurance that whatever hell they are going through, they are not alone.

So I created Other Voices, Other Pens, a collection of quotes from writers who also looked down that same scary road you’re looking at now, overcame their fears, failed, tried again, failed again, but stuck with it until they realized their dream, and never once crashed a single airplane.

I hope these quotes motivate and inspire you. At the very least, they should give you the one thing writers need constantly. A distraction from writing.

The quotes are fun, but if you want something deeper, there are two books I’ve read multiple times, given to aspiring writers, and highly recommend. 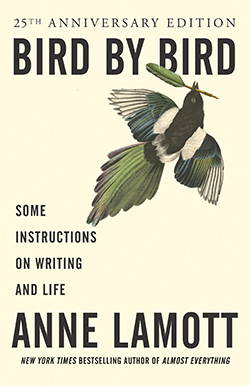 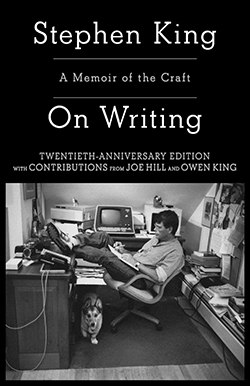 Other Voices, Other Pens designed by wolochdesign.com