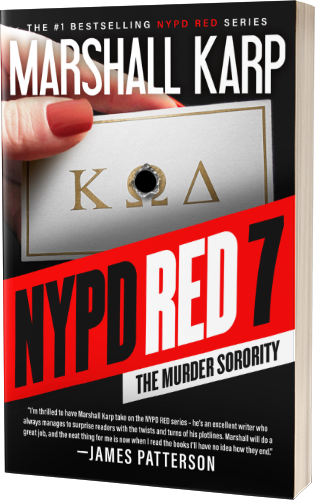 FINDING A SINGLE ASSASSIN IN A CITY OF NINE MILLION PEOPLE IS DAUNTING. FINDING FIVE IS A NIGHTMARE.

And that’s only the beginning. There’s a network of professional assassins on the loose in New York City. Trained by the US military, they’re on their own now, forming a new unit called Kappa Omega Delta. K.O.D. Killers On Demand.

NYPD Red Detectives Kylie MacDonald and Zach Jordan are called in to hunt them down, but these mercenaries are as gifted in the art of escape as they are in snuffing out lives.

It’s the biggest professional challenge the Red team has ever faced, and before it’s over, both Kylie’s and Zach’s personal lives will change. Forever.

A MESSAGE FROM MARSHALL KARP

As cocreator and coauthor of the NYPD RED books, I am grateful to the fans who have made this a #1 bestselling series. And when James Patterson passed the torch to me to continue writing the books on my own, I promised him NYPD RED 7 would be the best one yet. I think you’ll agree that I kept my promise.

A message from James Patterson

“After coauthoring six previous NYPD Red novels with cocreator James Patterson, bestseller Karp (the Lomax and Biggs mysteries) solos in the rousing seventh entry. Shocking plot twists, clever dialogue, and dead-on characterizations keep the pages turning. Readers will agree that his happy welding of police procedural and sly humor is the best yet in the series.”
—Publishers Weekly STARRED REVIEW 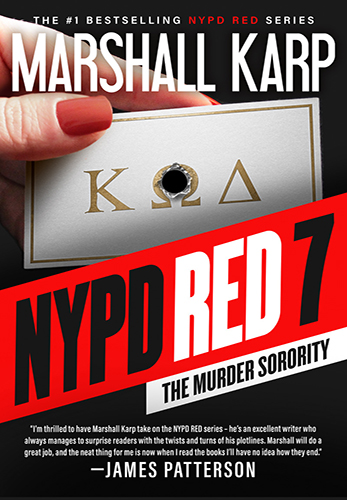