It’s been a great life so far.

I was born in New York City on June 4 in one of those old-timey years before they invented color TV.

I was always a writer—letters, parody songs, stories, skits, fun stuff—but I had no idea I could make a living at it, so I entered Rutgers with a grand plan. I was going to be a dentist.

Me—a man with all the manual dexterity of a drunken monkey—a dentist. Fortunately the universe intervened. I flunked freshman biology. So I started writing for the school newspaper.

After college I fell into advertising. My girlfriend at the time was a copywriter at an ad agency, and I figured, that sounds cool. So much for career planning.

Short version of that 20-year career—I was very successful, but in advertising, the punishment for being a good writer is to promote you and tell you not to write. Before long I had a big title, a big office, and I supervised a hundred people. I was the boss, and all I could think was, “is this all there is?”

So I started writing at night. The short version of the next twenty years is that I wrote a play, did a stint in Hollywood writing sitcoms, wrote and produced a feature film, returned to advertising and caught the dotcom wave, and finally the ultimate writer’s dream, these books.

I recently wrote about that twenty-year journey on quora.com in response to the question What is the single insight that most changed your life? When the post got tens of thousands of views, I sensed I’d hit a nerve. When it hit a million, I realized I’d struck the mother lode.

On a personal note, I’m married, with a son, a daughter, a grandson, and a dog. I live a hundred miles north of New York City in a small town in the mid-Hudson Valley. I love what I do, and I’m grateful for the feedback I get when I do it.

And like I said at the top, it’s been a great life so far.

A day in the life of Marshall and his writing partner Kylie. 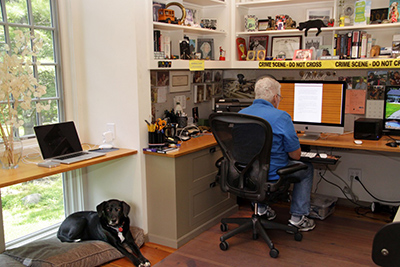 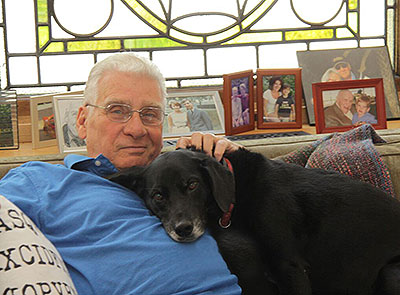 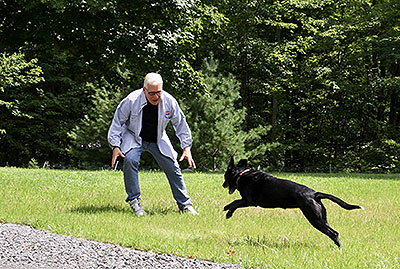